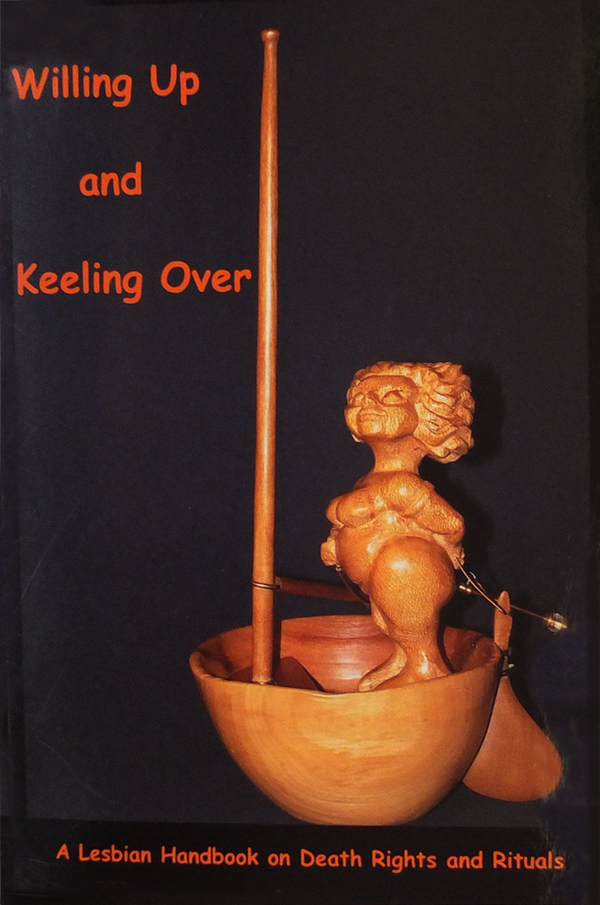 On 26 March 2005, Anah Holland-Moore called a meeting to see if there was any interest in writing and publishing a book about the experiences lesbians had of death and dying in Australia. Several lesbians attended that initial meeting where it was quickly established that there was certainly enough interest and more than a little enthusiasm for the idea and a date for our first meeting was made for the weekend of 28 - 29 May 2005 in Castlemaine.

After several intense and productive meetings, the collective, Anah Holland-Moore, Ardy Tibby, Barbary Clarke, Cathy Wheel, Claudia Huber, Jean Taylor, Lorraine le Plastrier, and Rosalinda Rayne, agreed to name this new lesbian feminist publishing venture Long Breast Press. We also decided that the book we were working on would be called Willing Up and Keeling Over: a Lesbian Handbook on Death Rights and Rituals.

We designed a logo and researched, wrote and edited all of the material ourselves. After we unsuccessfully applied for a grant from LInc we financed the production and publishing of the book from our own resources. Lorraine designed the illustrations throughout and her artwork, She Who Sails Into the Wind, was used for the front cover. Cathy did all of the typesetting to keep costs down. After we’d incorporated, we agreed that Long Breast Press Inc was a not-for-profit, lesbian feminist publisher with the aim of publishing writing by, for and about lesbians.

After a lot of hard work and not a little angst Willing Up and Keeling Over was finally launched with great fanfare and a magnificent speech by Marg Stephens and readings from the book at a womyn-only event with refreshments at Jika Jika Community Centre in Northcote on Sunday 8 July 2007. Copies of WUKO were available for sale at $20.

Our next job was to get the books into discerning bookshops, like Hares & Hyenas in Melbourne and The Feminist Bookshop in Sydney. We reprinted, relaunched, and sold the books at lesbian events whenever and wherever we could, approximately 500 copies all up so far.

After Fran Day, the editor of Sinister Wisdom in the U.S. had read the book, she approached us in 2008 with a proposal to republish WUKO as an edition of the lesbian journal Sinister Wisdom. We agreed, and 1,300 copies of our book were subsequently published as SW number 80 Summer 2010. 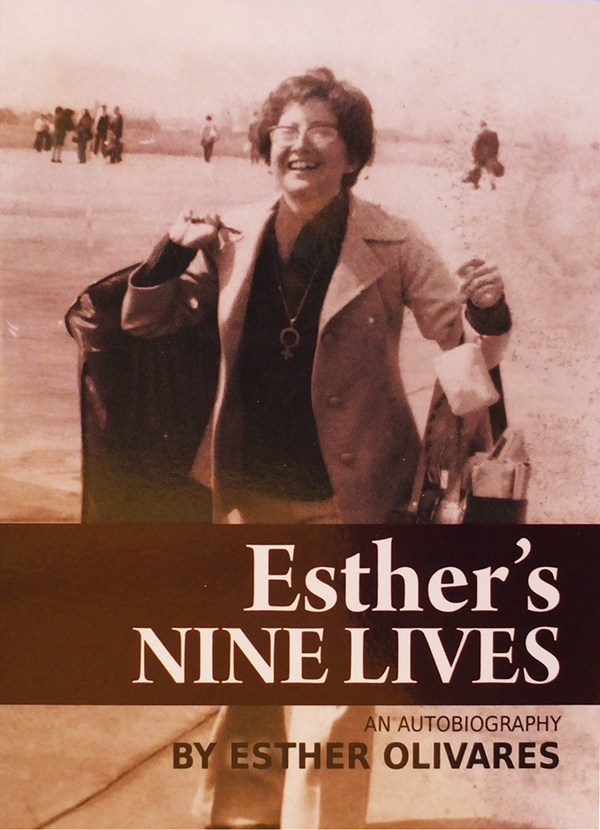 In October 2011, we were pleasantly surprised when we were approached by Esther Olivares from Sydney to see if we were interested in helping to publish her autobiography, Esther’s Nine Lives, and we agreed. Alana Jones typeset and designed the manuscript and designed the cover, Chris Sitka wrote the blurb on the back cover and Jean liaised with Esther and the printers, BookPOD, all under the direction of Esther who paid all of the printing and other expenses. Esther launched her book in NSW, with Chris Sitka doing the honours, on 6 April 2012. 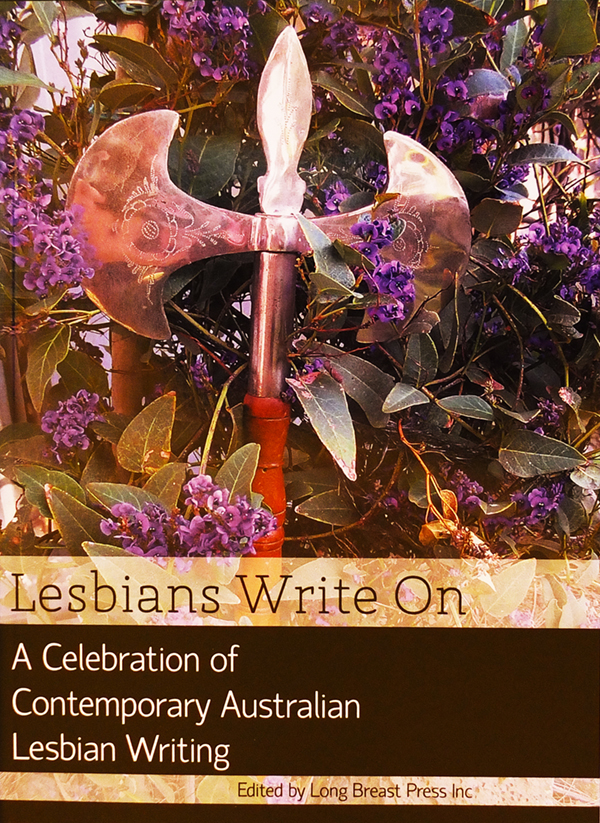 With our second book co-published and launched, we got back to working out the criteria for our third book. After considering several options we decided to go with Ardy’s suggestion of an Australian lesbian anthology. We began advertising for submissions to the anthology at the beginning of February 2012 with a deadline of 31 August 2012 which we had to extend to 31 October 2012 in order to attract more submissions. After another submission to LInc we were pleased to receive a $1,000 cheque in the mail in October 2012 towards the publication costs of the Anthology and also received $500 in 2013 from an anonymous donor to contribute towards publishing costs.

Again, after a lot of hard work but in less time because we had much more experience with the publishing processes, and with Alana again doing the typesetting and BookPOD the printing, LBP launched Lesbians Write On: A Celebration of Contemporary Australian Lesbian Writing, with several contributors reading their work at Jika Jika Community Centre in Northcote on 24 November 2013. Our next book and one we again agreed to co-publish was Journey Into My Underworld: An autobiography of a lesbian journey by Jo Alexander the pseudonym of Margo van der Voort van der Kleij. With a few minor changes, the manuscript was emailed to BookPOD for typesetting in December 2014 and was launched at Jika Jika Community Centre by Chris Sitka with entertainment by The Chocolate Lilies Choir on 21 March 2015. In the meantime, Margo had successfully applied for funding to help with the publishing costs from both LInc and an anonymous donor and was responsible for the sale of her books. After collating the results of a LBP survey we’d distributed in 2015 to get feedback about the kind of LBP book our lesbian readers might like next, it was agreed that we would go with Barbary’s suggestion and advertise for contributions to an Intergeneration Radical Lesbian Feminist Anthology to include personal life stories as well political activism. This, our fifth book has just been released. 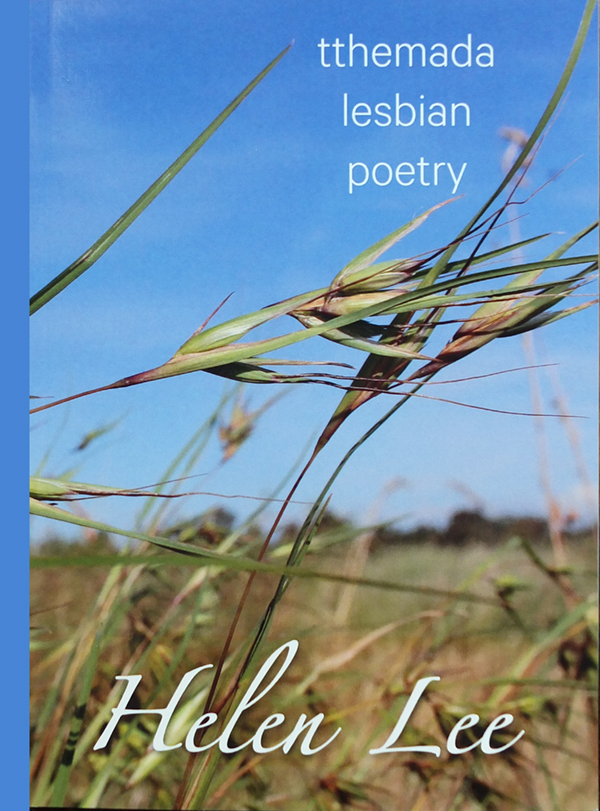 The latest book published in 2017, is tthemada lesbian poetry by the late Helen Lee.

About a week before she died of cancer on 13 September 2017, Helen Lee surprised the Long Breast Press Collective by requesting us to publish a book of her poetry. In several conversations with Claudia and Jean, Helen gave clear instructions about which poems she wanted included - and the shape of some of them on the page. This book is a result of these conversations and we are proud that we have been able to bring one of Helen’s dreams to fruition - even if posthumously. The book was launched at a small gathering at Helen’s place on 10 December 2017.

With advances in technology, it is so much easier and cheaper and more convenient to self-publish books than it used to be. And while we’re willing to go on publishing book ourselves and to co-publish books, as we did with Esther and Margo’s, we’re also pleased to be able to pass on the benefit of our expertise and knowledge about how to go about self-publishing lesbian books to lesbians who’d like that information.

In all our publications we acknowledge the Wurundjeri people of the Woiwurrung language group of the Kulin Nation as the traditional owners of the land we write and publish on.